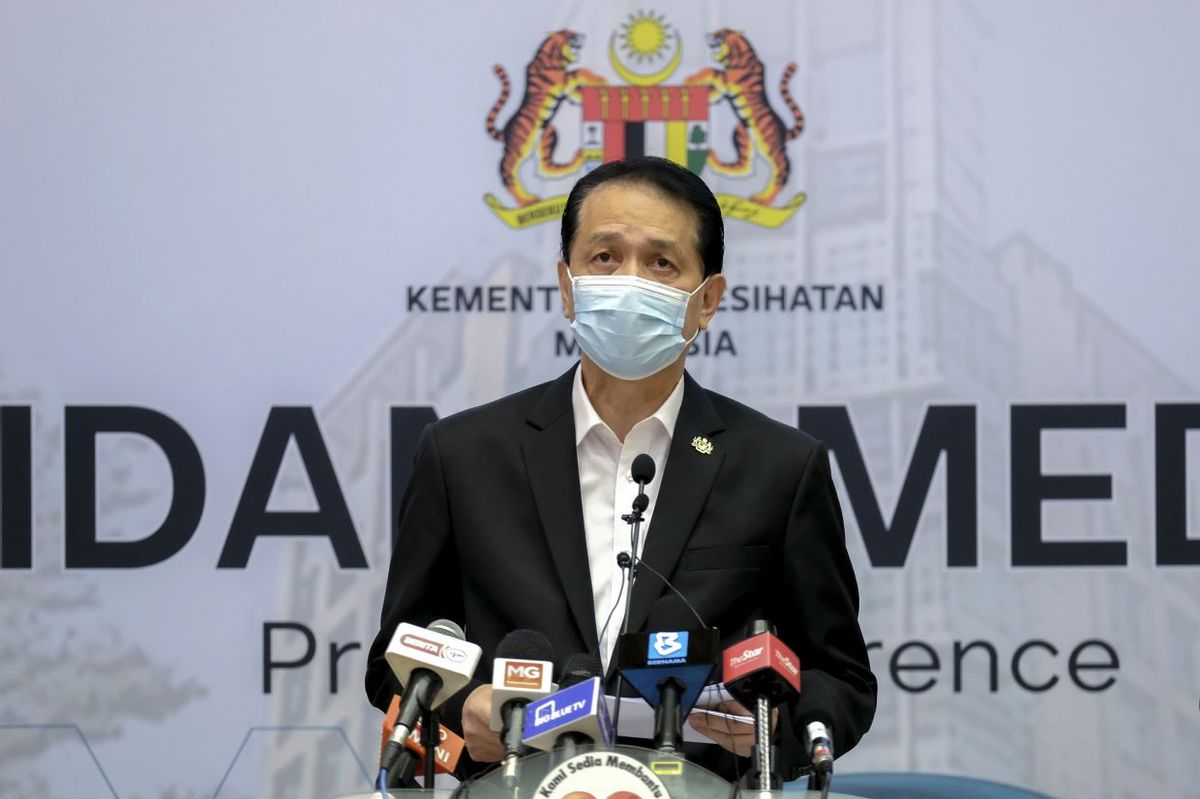 There are 1,345 patients who were discharged, which means the total number of people who have recovered from Covid-19 in the country is 29,579.

This is the highest number of recoveries in a day since the pandemic began in January.

At a press conference, Dr Noor Hisham said Negri Sembilan is the state with the second highest number of cases with 360 new infections.

Of that total, 247 of the new cases are from existing clusters in the state.

The Klang Valley states recorded 165 cases or 17% of Monday’s total, in which Selangor has 137 cases, Kuala Lumpur has 20 while Putrajaya has five.

There are 14 cases or 1.4% of the total that are related to prisons and temporary detention centres, which include the PTS Tawau cluster (six cases), Sandakan Prison cluster (four) and the Kepayan cluster (four).

On Monday, there are also five import cases while the rest are local transmissions.

The cases involve two arrivals from the Philippines, two from Singapore and one from Nepal.

No cases were reported in Pahang, Terengganu and Perlis.

Currently, 86 people are being treated at intensive care units, with 31 of them requiring ventilator support.

On the eight new deaths, Dr Noor Hisham said seven cases were in Sabah while one was in Labuan.

One of the cases is a one-year-old boy who died at the Duchess of Kent Hospital in Sandakan.

The child has a background of Down’s Syndrome and congenital heart disease.